You are here: Home / Faith / Irrefutable Proof that Love is Blind
85 shares 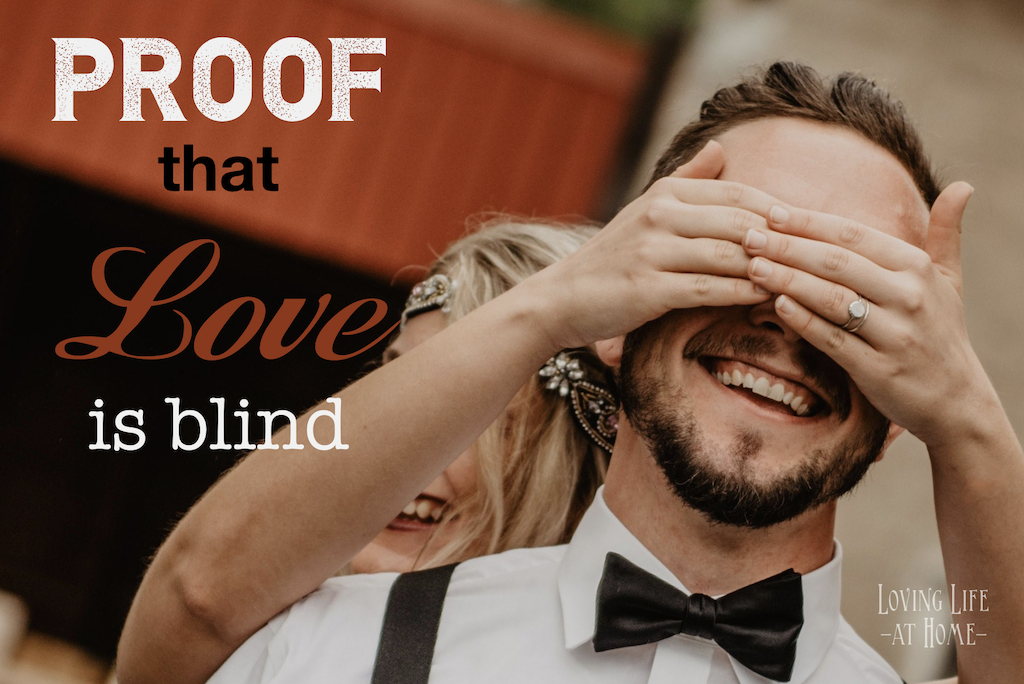 My husband and I celebrated 32 years of marriage this month. We traditionally celebrate our anniversary by watching taped footage of our wedding ceremony. Since we no longer own a VHS player, we’ve missed doing so for several years running, although we did renew our vows at 25 years and now have a tape of that to watch instead.

I distinctly remember the last time we viewed the original, somewhat grainy recording of our younger selves exchanging vows. Afterwards, one of my little ones turned to me and asked, “Who were those people, anyway?”

Our eyes are playing tricks on us

From our perspective, Doug and I have barely changed at all. In the mind of our toddler, we’re unrecognizable.

People say love is blind, but the way our loved ones see us helps shape the way we see ourselves. This is especially true in marriage. The knowledge that my husband still finds me attractive is a huge confidence booster.

Doug said something to me several years ago that really drove this concept home. We were on a cross-country road trip at the time. Having taken a couple weeks off work, he loaded our family into our 15-passenger van and embarked on a 6,000 mile tour of the West Coast.

As you might imagine, traveling with so many little ones in tow necessitates frequent potty breaks. During one such stop, while our older kids queued up with their little partners outside the restroom doors, I took advantage of the peace and quiet to phone my mother. (Mom daily covers our family in prayer, but I’m pretty sure she doubles the time she spend on her knees anytime we travel.)

The children soon returned, noisily piling into the van two-by-two. Their ruckus made it hard for me to hear, so I slid out the passenger side door to continue my phone conversation outside.

That’s when Doug, who was pumping gas at the time, noticed me leaning over a nearby newsstand with my backside turned toward him.

Since he hadn’t seen me get out of the van, he did not at first recognize me as his wife. Instead, as he laughingly admitted once we were back on the road, the exact thought that crossed his mind was, “Gee, that gal looks just like a heavy-set version of Jennifer!”

But then, he said, I turned around and immediately shrank down to my normal size – like some kind of freaky optical illusion.

Reassuring… in a roundabout way

Now, before you get upset with my husband for admitting such a thought or take offense on my behalf for what you consider an insensitive remark, let me assure you that I did not feel the least bit insulted by his comments. Far from it!

Rather, I found my husband’s confession reassuring. He was shocked when he realized the overweight woman who reminded him of me actually was me — a fact that tells me what his brain normally perceives is something quite different from what his eyes take in.

(That’s not to say I didn’t immediately swear off sweets and start exercising more — blind love is a wonderful thing, but I have no desire to test its limits!)

Our bathroom scales leave little doubt that Doug’s gas-station impression was accurate: I truly am “a heavy-set version” of the girl he married.

But thankfully, that is not what registers whenever he looks at me and knows it’s me. His love has blinded him to my more padded appearance. He sees instead the slim young bride who met him at the altar so many years ago.

I don’t consider that revelation insulting. I find it endearing.

God sees an altered image, too

It reminds me, in fact, of a similar thing that happens in the spiritual realm.

The Bible tells us we “all have sinned and fallen short of the glory of God.” (Romans 3:23) Yet, once we commit our lives to Jesus and accept the forgiveness He offers, God no longer sees all our shortcomings when He looks at us.

Instead, He sees the righteousness of His blessed Son, a righteousness “given by faith in Jesus Christ to all who believe.” (Romans 3:22)

This doesn’t mean God is unaware of our struggles. He understands our weakness. (Romans 8:26) He knows that we are dust (Psalm 103:14) and are easily entangled in sin (Hebrews 12:1).

Yet His grace is sufficient and His power is perfected in weakness. (2 Corinthians 12:9) He promises to never leave nor forsake us (Deuteronomy 31:8). Instead, He walks by our side (Psalm 23:4) and provides a way of escape (1 Corinthians 1:13), regardless what temptation life throws our way.

No matter how often we fail, God stands ready to forgive. (1 John 1:9) He loves us. (1 John 4:10) He remains faithfully committed to us. (2 Thessalonians 3:3) He keeps no record of wrongs. (1 Corinthians 13:5) He separates our sin from us as far as the east is from the west (Psalm 103:12) — which essentially means His love is intentionally blinded to our faults.

Thanks to Christ’s self-sacrificing death, my account as a believer has been “paid in full.” 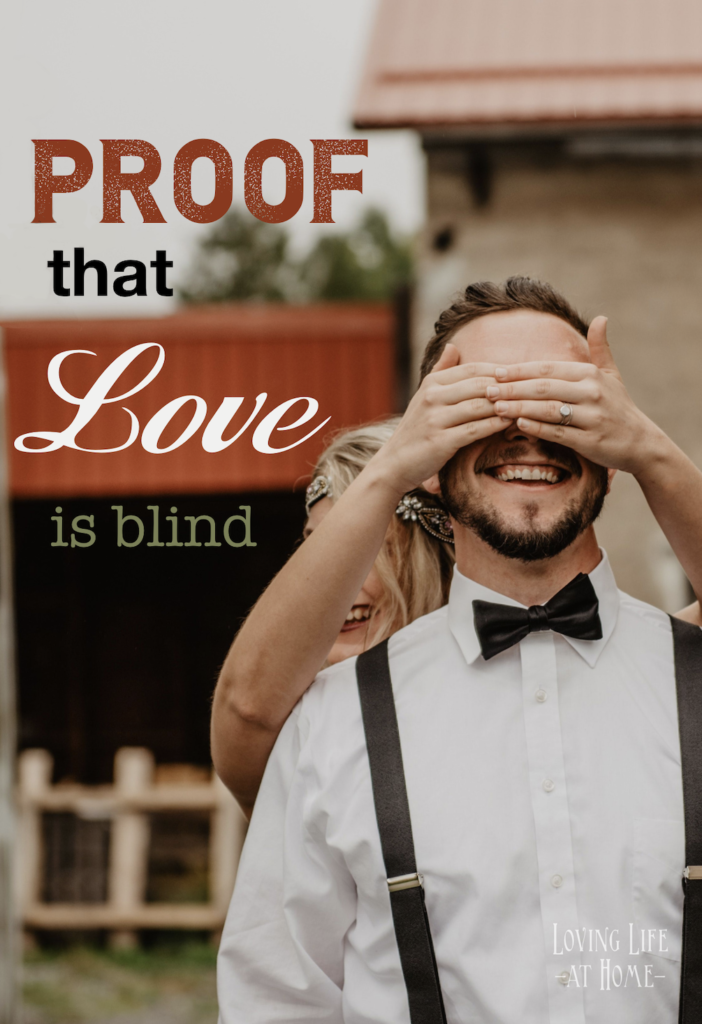 We had a great time reconnecting with old friends

Daniel got to reprise his homemade 80s tracksuit c

Hooray! After 3 years in Germany and 2 in Hawaii,