Sign up for our free 30-Day Respect Challenge
You are here: Home / Parenting / Griefs and Sorrows

Today is Father’s Day. Normally, I would mark the occasion with a post about my father or my husband and what a wonderful job they’ve both done in the fatherhood department, or perhaps a piece about the vital role fathers in general play in the lives of their children.

In light of all the horrific news stories we’ve seen played out in the past week, however, I decided to take a different tack this year and share an essay my daughter wrote, instead. I love her thoughts on these matters, and (especially) her gentle reminder of our Father’s immeasurable love for us. 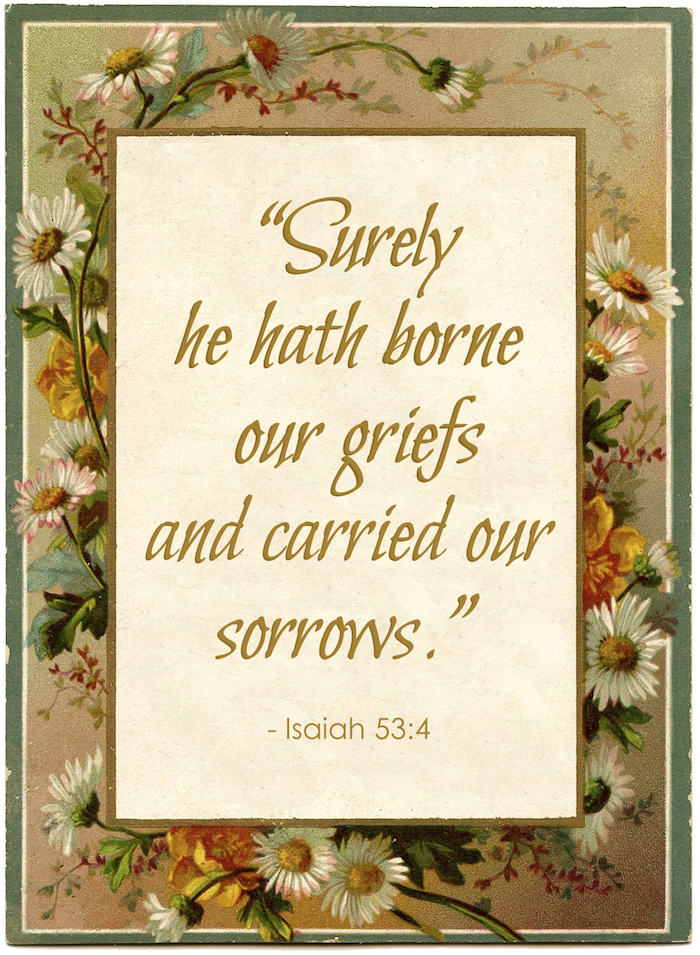 A week ago we got news of the horrific tragedy in Orlando, and my heart wept for the 49 souls lost that day, for the family and friends they left behind, for all my loved ones in the Muslim and LGBTQ communities, and for humanity in general.

And then news of another tragedy in Orlando came, and it felt a little closer to home this time, because the boy who died was just a kid — not much older than my little nephew, not much younger than my baby sister. And my heart wept for him and the fear he must have felt in those last moments, and my heart wept for his parents whose grief is unspeakable. God, I pray peace over them: bring them relief from this living nightmare.

And then another death, this time a friend’s brother. I never had the chance to meet him, but his sister is a kindred spirit and constant source of encouragement and inspiration for me. I know she loved him and looked up to him, just like I love and look up to my older brother, imperfect as he may be. My heart breaks for my friend and for her family and for all who knew and loved her brother. I pray that he, too, has peace.

And then just tonight I received word that one of my former faculty members from dental school passed away suddenly. Dr. Hill. This man was well-loved by everyone who worked with him. He was known for treating the students in his group to an occasional dinner out, and I still remember being invited to one of those dinners. I was new in clinic and wasn’t even in his group, but was still included because that’s the kind of person he was: approachable and generous, with a great sense of humor. I saw him just last month, and he was fine. Now he is gone.

I’m sick of it. Can I say that? I’m just so sick and tired of it. Of all this death and tragedy. I’m sick of it striking senselessly and indiscriminately. And I’m sick of people saying that it’s God doing this. As if God delights in the mass murder of human beings by a lunatic with an assault rifle. As if a baby being dragged off by an alligator is part of His great plan. As if He is the mastermind behind every suicide or car crash or cancer diagnosis.

I am no theologian, but I am certain that God does not delight in these things.

The night that the shooting took place, one of the victims, Eddie Justice, texted his mother from the club, telling her he loved her, telling her he knew he was about to die.

Do you think for a second that the fear and desperation and pain she felt was any less than what Melissa & Matt Graves felt as they watched their 2-year-old baby boy being dragged away by an alligator?

I can promise you it was not.

Because for a parent who loves their child with all their heart, it does not matter if that child is 2 years old or 30 years old — they are still your baby. And it doesn’t matter if they are attacked and killed by a deranged psychopath in the bathroom of a gay dance club or attacked and killed by a rogue alligator at a family theme park — their death is going to tear your heart out.

And to take this a step further, I need you to realize something about God that we tend to forget in times like this: it is not possible for us to out-love or out-grieve God.

Even the immense depth of love that a parent has for their child is just a dim reflection of the love God has for us.

And even the immense depth of grief that a parent has over their child’s death is a dim reflection of the grief God experiences over a soul that is lost.

He knew us by heart before we existed in the world, and our names are written in the scars on His hands.

So at times like this when evil rises and tragedy falls, remember that God does not delight in evil or in tragedy. He desires for these things to be done away with forever, and one day they will be. But in the meantime, He waits patiently for us to turn from our sin and back to Him.

We as humans have the freedom to make choices; some choose to exercise that freedom by descending further and further into darkness and chaos until the lines between right and wrong are so blurred that walking into a club and murdering 49 people seems “right” to them just as much as walking into an abortion clinic to terminate a pregnancy seems “right” to a teenage girl who isn’t ready to be responsible for another human being.

This world is broken, but we cannot ascribe its brokenness to God. All He did was permit us to govern ourselves, just as we wanted. We wanted autonomy, we wanted freedom, and He gave it to us.

And freedom has a price, right? A price set by some humans and paid by others.

One day we may experience a greater, truer freedom — a freedom not just from external sources of suffering and pain, but from our own selfishness and stubbornness and stupidity, from our own longing for darkness and our own tendency to self-destruct.

But that freedom comes at a much greater price.

The above post was written by my daughter Bethany and first appeared on her blog, Broken Mosaics, on June 19, 2016.