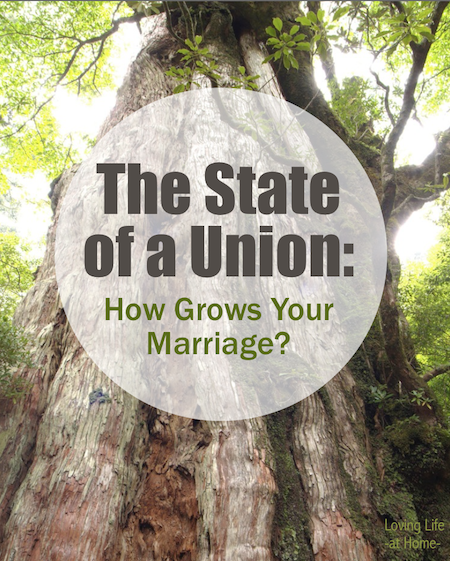 When my husband and I built our house ten years ago, we planted two ginkgo trees on either side of our front yard. The trees looked identical the day we put them in the ground, but since that time one has flourished and the other has floundered.

The tree on the west side of our house gets plenty of sunshine. It is planted on level ground, not susceptible to erosion. Tall and straight, it has more than quadrupled in size. Its leaves are a deep green, its bark smooth, and its limbs symmetrical. Even when my husband accidentally backed into the tree with his truck and gashed the trunk, it managed to survive.

The tree in the east yard has not fared so well.

It was planted on a slope, where water runs off instead of soaking in. Surrounded by larger trees, it stands in shade most of the day. Gophers keep digging tunnels through its struggling root system. It has served as “base” for far too many games of tag and shows visible signs of wear from our little ones whipping the tree back and forth as if it were a stick horse.

Consequently, the trunk is crooked and spindly. Its uppermost branches were broken off at some point, so the tree is severely stunted — barely eight feet tall, as compared to its 45-ft brother. My husband has been sorely tempted to just chop it down and plant another in its place.

He nearly acted on that impulse several springs ago, but I spotted him just in time with the axe in hand and begged for mercy on behalf of the runt. Doug relented, and I did my best to nurture the scrawny thing back to health (a little staking and strategic pruning worked wonders for its appearance).

It’s important to note that my axe-wielding husband is not responsible for this tree’s present sorry state. He was simply responding to the damage already done by its other enemies — the gophers, erosion, and overly rambunctious children.

If I wanted to fault somebody for the tree’s miserable appearance, I should fault myself for not tending to it more faithfully, for not vigilantly protecting it from its various assailants.

No, Doug isn’t to blame, nor does he have anything against ginkgo trees in general. He has no desire to fell the heartier specimen, and although he considers this particular ginkgo an eyesore, he is perfectly willing to replace it with a new one. The presence of the healthy, robust ginkgo in the west yard — and the knowledge that there are countless others like it — reassures him that it is possible to raise one successfully.

But what if the west tree were just as sickly and stunted as the east? What if every ginkgo tree Doug had ever encountered were uniformly puny and pathetic? Wouldn’t it stand to reason that he might be less willing to take a chance growing one himself? That he might decide to plant something entirely different? At least he wouldn’t be pinning his hopes on something with a high failure rate. Would you buy a tree that had, say, less than a fifty percent chance of surviving?

I think the reason some groups are seeking to “redefine marriage” these days is that so many “traditional marriages” — at least the marriages they’ve personally observed or experienced — seem sickly and unappealing.

Although I disagree with their response, I do not consider these groups the enemy. They didn’t cause the problems; they are merely reacting to them.

The damage was done by a much subtler Adversary. Like the gopher that tunneled under my ginkgo, this Enemy attacked marriage at the root, digging away at its foundation, gradually shifting our focus away from God and onto ourselves.

God’s design for marriage — that we mirror the love of Christ and raise children for His glory — no longer seems to be our primary concern. Finding happiness and personal fulfillment is the new end goal.

As Danielle Crittenden observes in What Our Mothers Didn’t Tell Us, “We may pledge to love each other until death do us part — but we blanch at the first hint of sacrifice.”

How many couples have I heard rationalize their divorce by saying “we’re just not happy together anymore”? I’ve lost count.

More likely than not, these men and women had good intentions of making each other happy (or at least of making themselves happy) when they first married, but if happiness is all they sought, it makes sense they’d be ready to throw in the towel when happiness is not forthcoming.

But should they call it quits? Is unhappiness really a sufficient reason to divorce?

Not according to a report released by the Institute for American Values. Their studies found that two-thirds of couples who were unhappy in their marriages, but stuck it out anyway, considered themselves “happily married” just five years later. In fact, “the most unhappy marriages reported the most dramatic turnarounds. Among those who rated their marriages as very unhappy, almost eight out of ten who avoided divorce were happily married five years later.”

Even so, many couples don’t persevere long enough to discover this fact. And that’s too bad.
It’s bad for their families, but it’s also bad for society as a whole. Strong and stable families make for a strong and stable nation.

Couples need to understand that happiness springs from commitment. Not the other way around. Allowing something as volatile as happiness to determine whether you stay married or not is a sure way to destroy any chance of building a love that endures.

We must stop treating happiness as if it were a destination we have to trample upon others to reach. In reality, the route to true happiness is through selfless, sacrificial love.

Deep, abiding joy is a disposition that is naturally cultivated as we seek to live for God’s glory. That, after all, is the chief end of man: To glorify God and enjoy Him forever.

It’s the purpose for which we were created in the first place, and we’ll never find lasting, genuine happiness, in marriage or in any other endeavor, so long as we neglect it.

This post has been adapted from my book, Love Your Husband/Love Yourself: Embracing God’s Purpose for Passion in Marriage. Packed with Bibilcal wisdom, scientific studies, and humorous anecdotes, it is a must-read for any wife serious about improving her marriage.