Sign up for our free 30-Day Respect Challenge
You are here: Home / Poetry / What Men Intend for Evil
109 shares 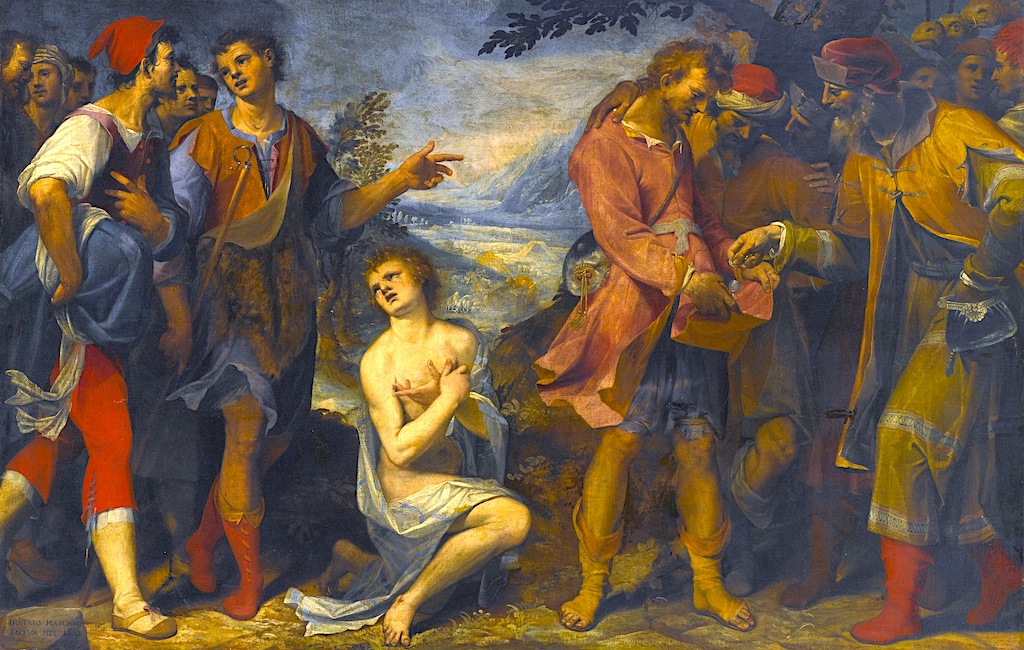 Do you ever tire of living with uncertainty? Do you grow weary of praying for justice? Or get disheartened when you see the wicked prevail? Whether you are observing a divisive political contest or fighting a more personal battle, take courage! God has a long history of preempting what men intend for evil and orchestrating it for good. (Genesis 50:20)

The poem I’ve written and recorded below highlights many such instances of God’s turning the tables in this fashion. He’s done it before, and is fully capable of doing it again. So when you take your present burdens to the foot of the cross, pray expectantly.

What Men Intend for Evil

Through all of time, a battle’s raged
Between two schools of thought:
The wicked do just as they please,
The righteous, as they ought.
But even when our foes don’t fight
As fairly as they should,
We know what men intend for evil
God designs for good.

When Joseph’s jealous brothers schemed
And sold him as a slave,
They meant him harm, but Joseph knew
His trials were God-ordained.
Had Potiphar not bought him,
Had his wife not cast her eyes
On Joseph, he’d have not been jailed,
Indicted by her lies.

And had he not in prison been
To hear his cell mates’ dreams
Then Joseph never would’ve garnered
Pharaoh’s high esteem,
Who tested and appointed him
As second in command
To keep the coming famine from
Destroying life and land.

When Moses, as a child, was raised
In Pharaoh’s royal court,
The circumstance that brought him there
Was of the vilest sort.
For countless other babies died
While he alone was spared
And set apart by God’s strong hand
To do as He declared.

Yet Pharaoh hardened fast his heart
And stubbornly refused
To free God’s people, till their chains
The Lord Himself unloosed.
The plagues of Egypt failed to open
Pharaoh’s blinded eyes;
Instead his evil threats just served
To hasten his demise.

It wasn’t right when Babylon
Took Daniel and his friends
So far from home and kin they loved
To live in distant lands.
When in the lions’ den and
Fiery furnace they were thrown,
The Angel of the Lord was there
To make God’s glory known.

When Esther was commended for
Her beauty to the King
And taken for his harem, then
Eventually crowned queen,
She knew “for such a time as this”
’Twas God who placed her there
To foil the wicked Haman’s plot
Through urgent pleas and prayer.

Then, at the height of all injustice,
Christ was crucified,
Yet God’s redemptive plans all hinged
Upon the fact He died.
Without the cross, without the grave
From which He rose again,
The world He loved and came to save
Would perish in its sin.

Doubtlessly, the devil thought
He’d won when Christ was slain,
For little did he understand
The depth of God’s great plan.
He fancied he was in control,
But he misunderstood—
What Satan meant for evil,
God Himself decreed for good.

And so today, as in the past,
The Lord is on His throne,
He’s unperplexed by wicked schemes
Our enemies have sown.
May history show, when foes conspired,
That on this truth I stood:
What men intend for evil,
God will always use for good.

Bear in mind as you read through the Biblical accounts of Joseph, Moses, Esther, Daniel and his friends, that we have the privilege of knowing right away how things turned out in the end. But for them, in the moment? They had no idea how or when God would move to change their circumstances. Yet they clung to the knowledge that God is faithful. Which is what Christians today are likewise called to do. (Hebrews 10:23-25)

That’s a big deal. Because God’s redemption of the evil plotted against His people seldom comes instantaneously. Many times, the difficult circumstances aren’t resolved until weeks or months or years or decades later.

The take-home message from all of this? Keep the faith! Be persistent in prayer! Rest assured that what men intend for evil, God will use for good.

We can’t know the future, but we can know the One who holds it in His hands. He may use legal action, political reform, social movements, or a host of other strategies to accomplish His will, but our hope must rest fully in Christ and Christ alone.

Let’s continue to affirm His goodness. Let’s be careful to speak only the truth in love. And let’s faithfully do everything we can to serve as salt and light in our families, communities, and world, all the time trusting not in our own efforts, but in the God who empowers us to perform them.