You are here: Home / Goals / Setting Goals for the New Year
502 shares 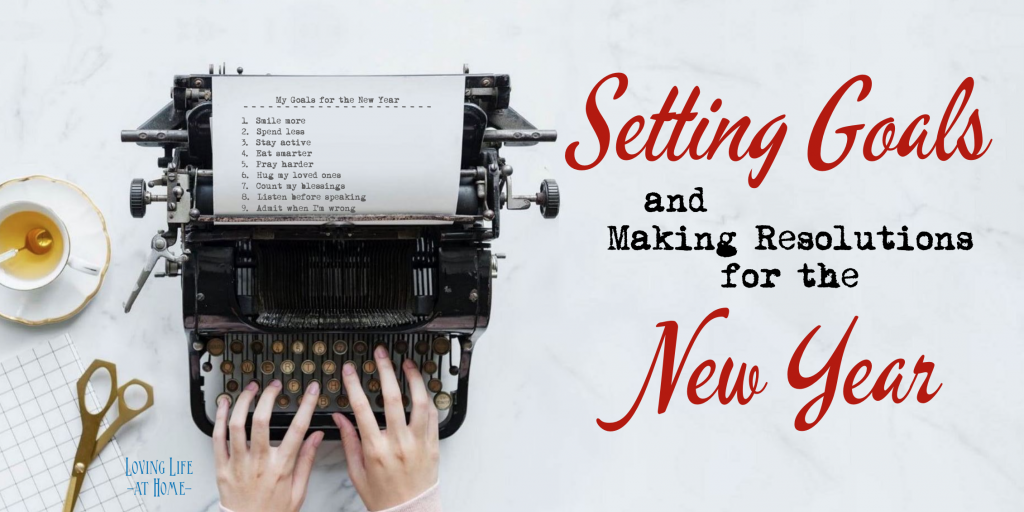 Goals. Resolutions. Plans for the future. Call them what you may, but as a perpetual list maker, I have always loved the fresh start a New Year symbolizes. It’s a chance to dream big, to try harder, to weigh possibilities, and to tackle new challenges.

Sometimes my lists are mental. Sometimes I jot them in a journal. One year, I got really ambitious and typed them all out. The result? Seven full, single-spaced pages of heartfelt desires and long-term dreams I planned to work toward, broken down into categories (spiritual, mental, physical, social, etc.) and ordered chronologically (I intended to toilet train our children, for instance, before I teach them to drive).

Sadly, that was the same January my husband began a particularly grueling year of his medical training. Within weeks, I had to boil those seven pages of goals and resolutions down to two main objectives: (1) survive and (2) retain some vestige of sanity.

Nevertheless, making such a detailed list was a good exercise. As I review it now, nearly twenty-five years later, I marvel both at how consistent my goals have remained throughout all my married life and at what steady progress I’ve made toward accomplishing them, however small and incremental such progress may seem in the moment.

Little by little. Step by step. Precept upon precept. Our actions add up over time – for good or for bad. 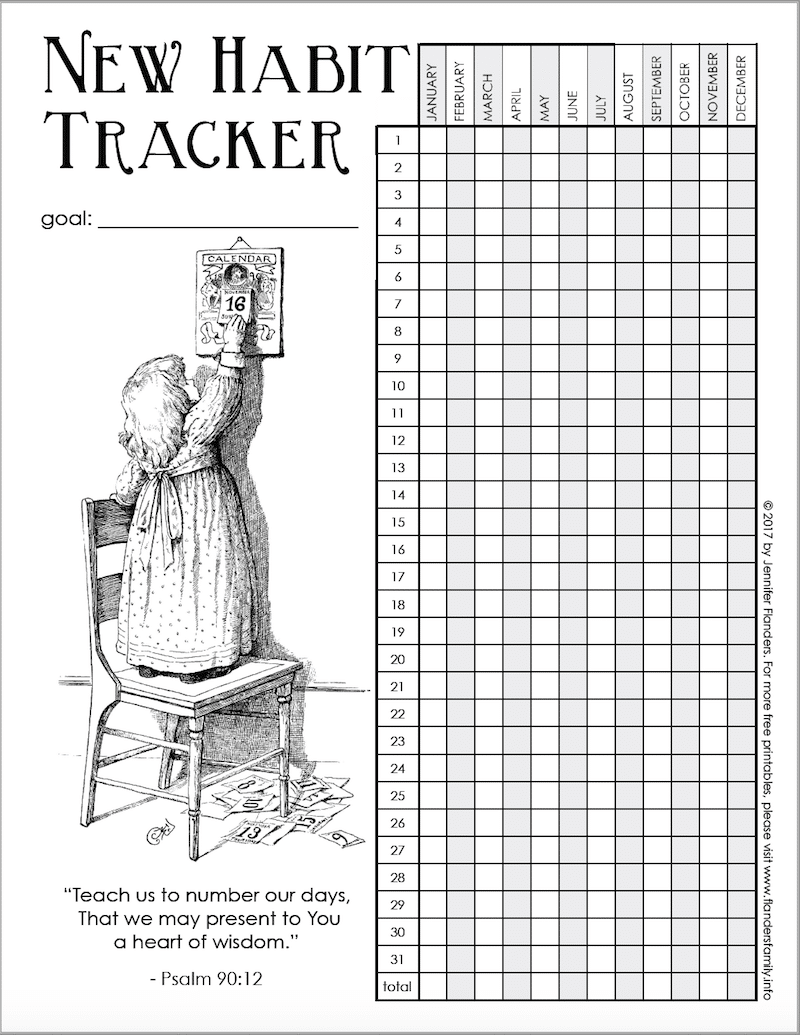 So now we’ve cycled around to January again. January is a great time to look back and evaluate.

As I reflect on last year’s resolutions, I can celebrate the fact that, by God’s grace, I managed to keep a few of them.

I’d set a goal of reading through the entire Bible in a year and finished with a few days to spare. I also purposed to read a book a week and write a letter a day. As of December 31, I’d read 52 books exactly (if I let the Bible count as one of them) and had penned – and mailed! – 388 handwritten notes.

Want some help reaching your goals this year? Check out my Life Balance Bundle. It’s a game changer.

Unfortunately, some of last year’s goals fell by the wayside. Or maybe I should say weigh-side, as the one at which I failed most miserably was losing the extra pounds I’ve been carrying around since the birth of my last baby – eight years ago! I’d hoped to drop 50, but instead managed to gain five. (Good thing I was working at it. No telling how much I might’ve packed on were it not for my sporadic calorie counting and portion control. Ha!)

But January not only provides a good opportunity to reflect on the past, it’s also a perfect time to prayerfully look toward the future. As we rethink and outline our goals for this New Year, let us plead earnestly with the Psalmist, “Lord, teach us to number our days, that we may gain a heart of wisdom.” (Psalm 90:12)

Each of us has only so much time, and that time keeps marching on, whether we’re running the race with endurance or sitting on the sidelines sifting through emails (preaching to myself, there), watching YouTube videos, or scrolling through social media updates.

Yet God has promised to supply all our needs (Philippians 4:19), and that means He has given us all the time required to fulfill His purpose for our lives. Twenty-four hours a day is neither too much nor too little. It is just right.

I came up with a little rhyme a few years back to remind me of this fact. Maybe it will resonate with you, as well:

If I can’t find the time to do
The things that I ought to do
It just means I’ve tried to do
Something God hasn’t called me to.

So what would you like to accomplish in the coming year? Why not set a few goals and work toward them? Once those new habits have been firmly established, you can tackle a new challenge in another area of concentration.

I plan to keep up with my daily Bible reading and letter writing. By this point, those things have become as habitual to me as making my bed and brushing my teeth each morning.

Never one to give up easily, I’ve also put “getting in better shape” back on my list this year. But rather than judging my success by a number on the scale (which fluctuates widely depending on the time of day or month I step on said scale), I’m attaching this year’s objective to more easily quantifiable goals, including no between-meal snacking and a minimum of 12 minutes of intentional exercise a day.

I know what some of you are thinking: No wonder she gained instead of losing last year! But don’t laugh. Twelve minutes is better than zero. I need a goal that is both challenging (trust me when I say that, for me, this will be) and doable. I’ll check in with you again next January and let you know how it went.

Our co-op was cancelled today, so we’re sticking

Doug finished reading a biography of Ida Scudder a

When your adult kids drop by your house only to di

New year. New skills. My boys tried their hand at

Have you set a goal of reading through the Bible i