Sign up for our free 30-Day Respect Challenge
You are here: Home / Books / The Good News about Marriage
123 shares 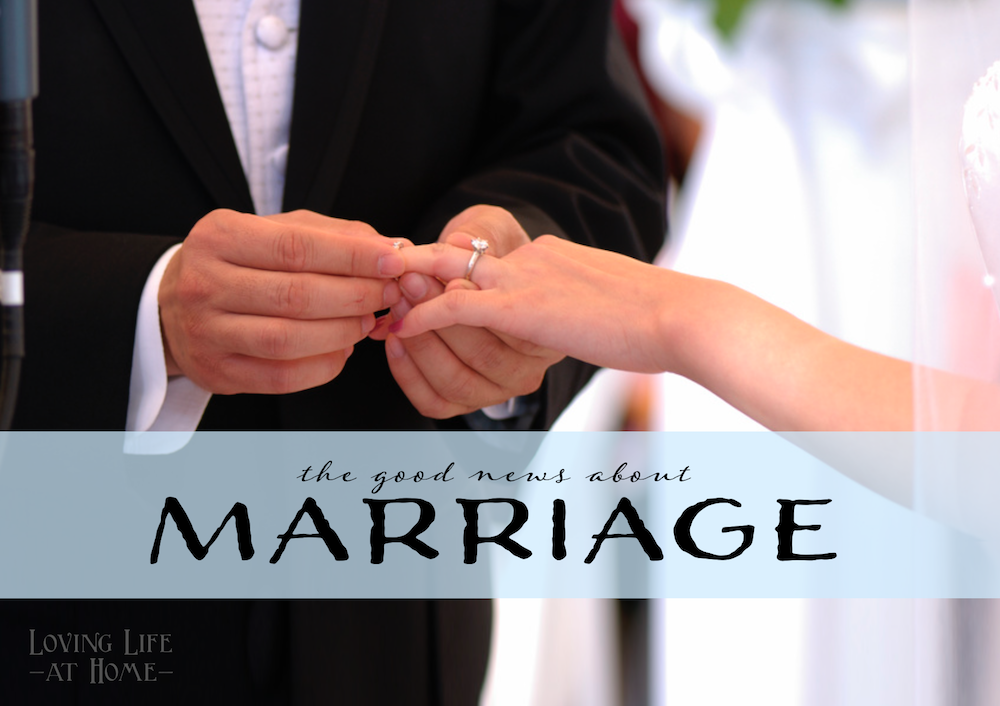 Need some good news about marriage? Listen to this: When my husband and I first moved to East Texas 20 years ago, we were part of a vibrant and growing community at our church called the Young Families Class. We forged many close and lasting friendships with the people there. We met with them for Bible study on Sunday mornings and in small groups during the week.

Over time, many of those families — including our own — moved away or became involved in other ministries. We no longer saw one another on a weekly basis. But thanks to social media and small-town living, we kept in touch. About a year ago, our Young Families Class — not so young anymore — gathered together for a reunion.

Do you know what impressed me the most about seeing all these friends together again? The fact that, of the 57 couples who attended Sunday school together during that season of our lives, 55 are still married.

Still faithfully committed to one another.

Still serving the Lord together.

When my husband and I counted them up, we thought it had to be some kind of record. Especially since we’d always heard, as you’ve most likely heard as well, that even Christian marriages have only a 50% survival rate. A disheartening statistic, to be sure, but one we’ve always accepted at face value.

Yet those dismal numbers do not line up with our personal experience at all.

Based on calculations from our Young Families Class, marriages among our Christian friends have better than a 96% survival rate. Sure, we’ve known couples — far too many couples, in fact — who’ve wound up in divorce court. But with rare exception, those failed marriages are occurring in a different circle of friends than the committed Christians who sit next to us in church every Sunday.

And that’s not just true of this particular Young Families Class. That’s how it has been in every church I’ve ever attended my entire life. 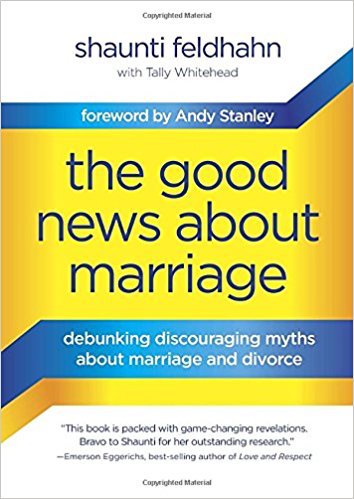 Well, as it turns out, this is less of an anomaly than it seems. Marriages across the board are faring better than we’ve long been led to believe.

According to The Good News about Marriage, a rigorously researched book by Shanti Feldhahn and Tally Whitehead, the actual divorce rate has never even come close to 50%, and it’s even lower for Christians who actively live out their faith (as evidenced by regular church attendance, personal Bible study and prayer, etc).

In other words, what you say you believe doesn’t count for nearly as much as what you do about it.

That makes sense. We all know that repeating vows to “love, honor, and cherish for better or worse, for richer or poorer, in sickness and in health, until death do us part” counts for little unless we intentionally choose to remain faithful to that promise day after day, month after month, year after year.

But, thanks to our faith in God, Christians have access to a limitless supply of the grit and grace necessary for a marriage to thrive. God enables us to keep loving and respecting and forgiving our spouse, even when doing so in our own strength might seem impossible.

The Good News about Marriage spends a lot of time discussing statistics — the actual (rather than projected) divorce rates and what they mean. But my favorite chapters were those that offered findings-based advice for improving one’s own marriage.

She notes that it’s often the little things that make or break a marriage. Her research has shown that “most marriage problems can be fixed by small changes” in the way husbands and wives relate to one another.

She also observes what a powerful thing hope is. Knowing that other couples have survived similar challenges (and remain happily married on the other side) can strengthen, inspire, and reassure struggling couples that they, too, can persevere when the going gets tough.

Want more practical advice on attending to those little things that help a marriage not only survive, but thrive?

Invest in companion copies of our marriage books by the same title: 25 Ways to Show Love to Your Wife and 25 Ways to Communicate Respect to Your Husband (affiliate links). If you will read just one chapter a week and focus on consistently implementing the principle taught (using the action steps provided) before you move on to the next chapter, you’ll see your relationship blossom this year in ways you never dreamed possible.