Sign up for our free 30-Day Respect Challenge
You are here: Home / Faith / The Longest Reigning Monarch
305 shares

This week marked the 65th anniversary of the ascension of Queen Elizabeth to the throne of England. She was crowned queen on February 6, 1952, following the death of her father. That makes her the longest reigning monarch in the history of Great Britain. 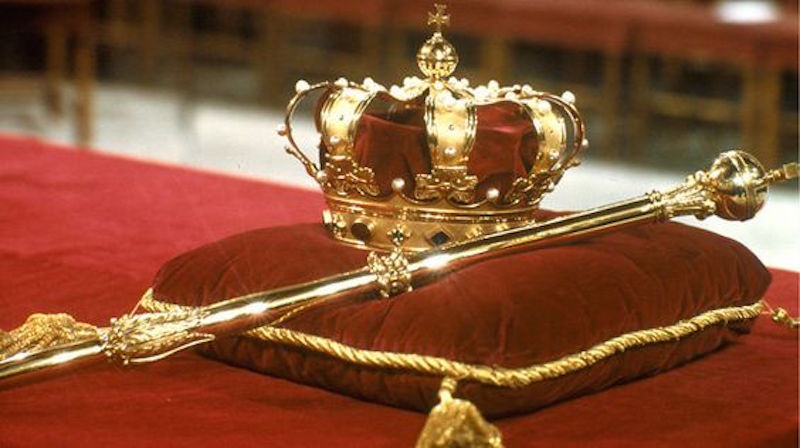 Sixty-five years is a long time, but it’s a drop in the bucket compared to eternity. That’s how long the Son of David’s throne will endure. (Luke 1:32-33) Moreover, Christ bestows on us a kingdom, just as His Father bestowed on Him. (Luke 22:29) He invites us to reign alongside Him. (2 Timothy 2:12)

He wore a crown of thorns, that we might wear a throne of righteousness. (John 19:2; 2 Timothy 4:8) And that’s just the beginning. Faithful followers of Christ are also eligible for the following crowns:

“Blessed is the one who perseveres under trial because, having stood the test, that person will receive the crown of life that the Lord has promised to those who love him.” – James 1:12

“Be faithful until death, and I will give you the crown of life.” – Revelation 2:10

“The simple inherit folly, but the prudent are crowned with knowledge.” – Proverbs 14:18

“And when the Chief Shepherd appears, you will receive the crown of glory that will never fade away.” – 1 Peter 5:4

“[Wisdom] will give you a garland to grace your head and present you with a glorious crown.” – Proverbs 4:9

“For the LORD takes delight in his people; he crowns the humble with victory.” – Psalm 149:4

“[God] redeems your life from the pit and crowns you with love and compassion.” – Psalm 103:4

“Those the LORD has rescued will return. They will enter Zion with singing; everlasting joy will crown their heads. Gladness and joy will overtake them, and sorrow and sighing will flee away.” – Isaiah 51:11

What shall we do with so many crowns? We couldn’t possibly wear them all at once!

I imagine we will follow the example of the 24 elders and cast those crowns at Jesus’ feet. (Revelation 4:10)

These verses make a great topical study. I’m indebted to a reader by the name of Laura Brandsberg for suggesting I turn them into a free printable, which I’ve gladly done: 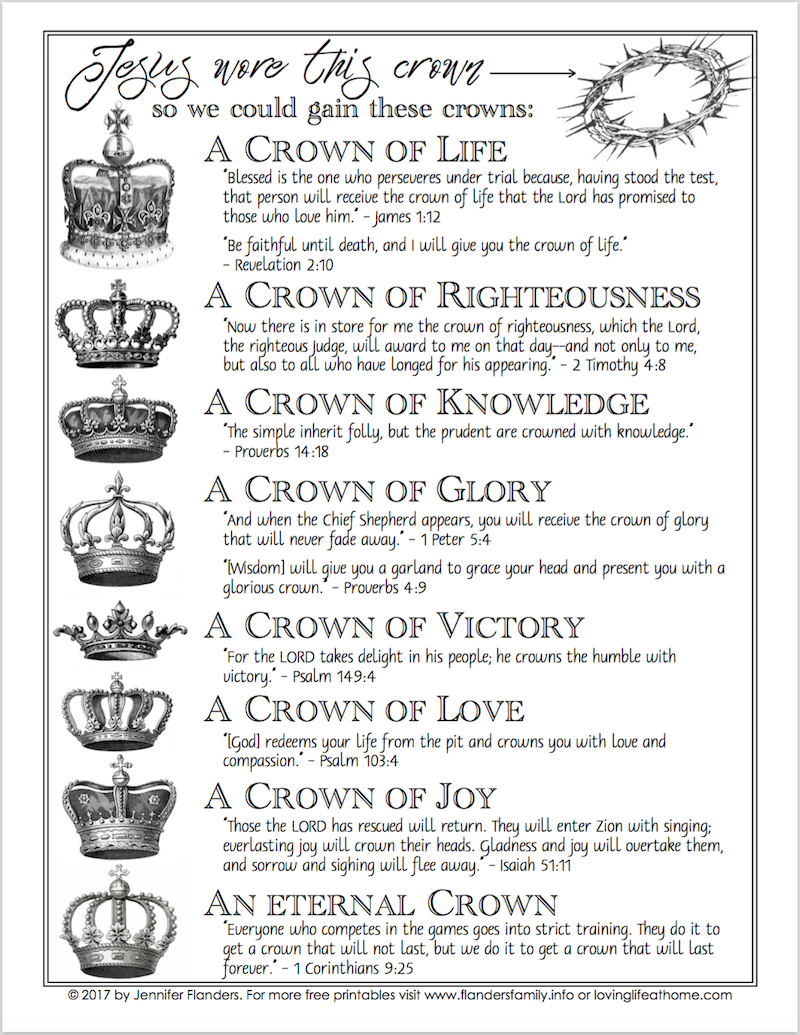