Sign up for our free 30-Day Respect Challenge
You are here: Home / Marriage / The Wrong Way to Propose Marriage
144 shares 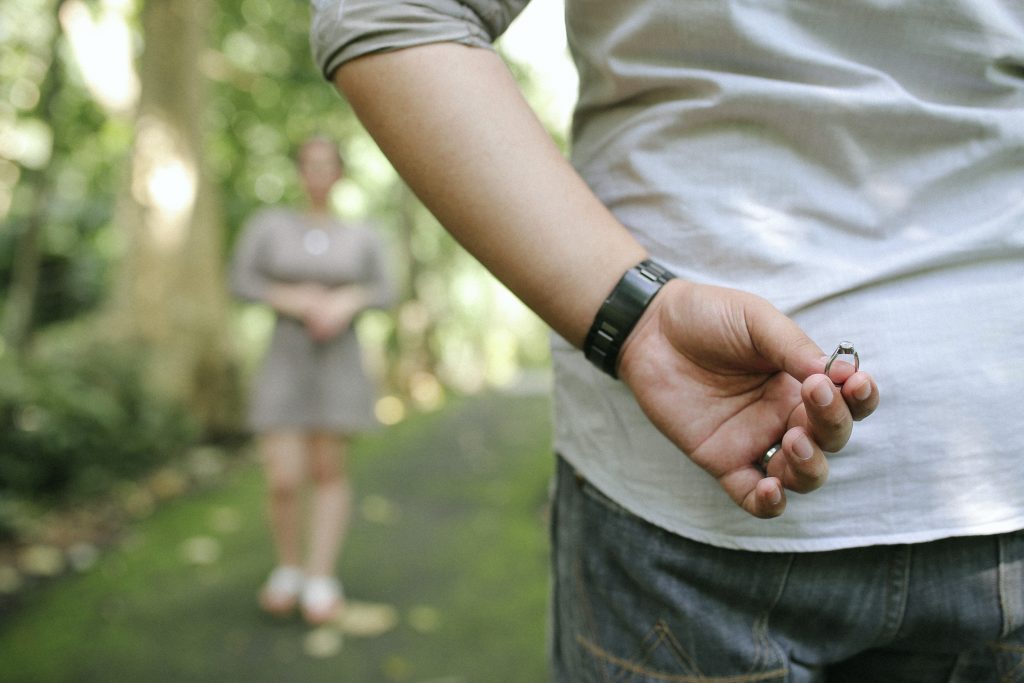 My husband and I met in college, 33 years ago this month. He strolled into my life about two weeks before graduation and swept me completely off my feet.

Which was impeccable timing, given that my father had informed me I wouldn’t be allowed to marry until I’d earned my bachelor’s degree. And I was bound and determined to get an MRS degree while I was at it.

As a math major, I took some fairly rigorous classes: differential equations, abstract algebra, number theory, Euclidean proofs. Even the electives I chose were challenging: Greek, hermeneutics, pathophysiology, and the like.

Despite the fact I was the only girl in the vast majority of these courses, finding Mr. Right proved difficult. My reputation preceded me. Frustratingly few of my classmates seemed keen on dating a nearly-six-foot tall freckled redhead. Especially one whose stated life goal was to have and homeschool a houseful of kids.

Even so, my husband was not actually the first person ever to ask for my hand in marriage. Technically, that distinction goes to another college chum of mine. One I’d known for nearly three years, spent most of my spare time with (before meeting Doug), and loved like a brother.

That friend began his marriage proposal with this showstopper: “Jennifer, I’ve never found you the least bit attractive, but….” He hurried on to explain that he’d lately become convicted I was the kind of girl he ought to marry.

I suppose I should’ve felt flattered. Being “the kind of girl a guy ought to marry” is high praise, indeed.

But I found myself fixating instead on Prince Charming’s introductory remarks. To my sensitive ears, they sounded something like this: Jennifer, I’m repulsed by the very sight of you. But I’m willing to choke down my vomit long enough to exchange vows at the altar. That was definitely the wrong way to propose marriage!

“So I prayed that God would give me an unquenchable love for you,” my friend continued. “And that’s exactly what He’s done, so… how about getting married?”

“You should’ve prayed God would do the same for me,” I countered, “because the love I feel for you is brotherly, not matrimonial.” (Did you know in Greek there’s a completely different word for each kind of love?)

Many men pour a lot of thought into how they’ll pop the question to their beloved.

My husband and I have sat on the sidelines now for five of our own sons’ marriage proposals. Proposals that included such painstakingly planned details as candlelight dinners, secluded picnics, sunset strolls along the shore, blindfolded visits to rose gardens, exploding boxes, treetop kisses, hidden photographers, helicopter rides, and heartfelt declarations of everlasting love.

My dear Doug’s proposal was not nearly so flashy as all that. Instead, he took a knee in his grandparents’ living room. Nanny and Poppie were right there, critiquing as he went, insisting he back up and start again at several key points.

Even without their clever coaching, Doug’s words were music to my ears.

Of course, this was long before Pinterest or YouTube, so my engagement expectations weren’t unrealistically high to begin with. But my other friend’s bungling attempt lowered the bar in my mind even further as to what constitutes a good proposal.

To me, the most notable difference between the two was the sense of yearning that accompanied the request. If there’s an opposite of choking down vomit, that’s what I saw in Doug’s eyes when he looked at me that evening. What I still see when he looks at me today.

Even more importantly, he backed up his yearning with whole-hearted commitment. This commitment, this sense of determination, this willingness to put my needs ahead of his own is driven by yet another kind of love (one with yet another Greek word to identify it).

It’s this kind of committed, self-sacrificing love – together with the God who exemplifies and supplies it – that has kept us happily married for over three decades now. It fortifies Doug’s love for me (and mine for him) even when life gets hard or money gets tight or health goes south or schedules get crazy or either/both of us feel momentarily angry or annoyed.

When it comes to elaborate engagements and fairytale weddings, my husband and I discovered early on that endings matter more than beginnings. How you start your life together isn’t nearly as important as how you finish (although if you want to get off on the right foot, you should avoid picking the wrong way to propose marriage).

So stay committed. Love selflessly. Forgive freely. Finish strong. Thanks to God’s enabling grace, it isn’t too late to live happily ever after.

Want more tried and true marriage tips that are Biblically-based and backed by science? Then get a copy of my book Love Your Husband, Love Yourself. Learn how and why embracing God’s purpose for passion in marriage is essential to a strong, vibrant life together. 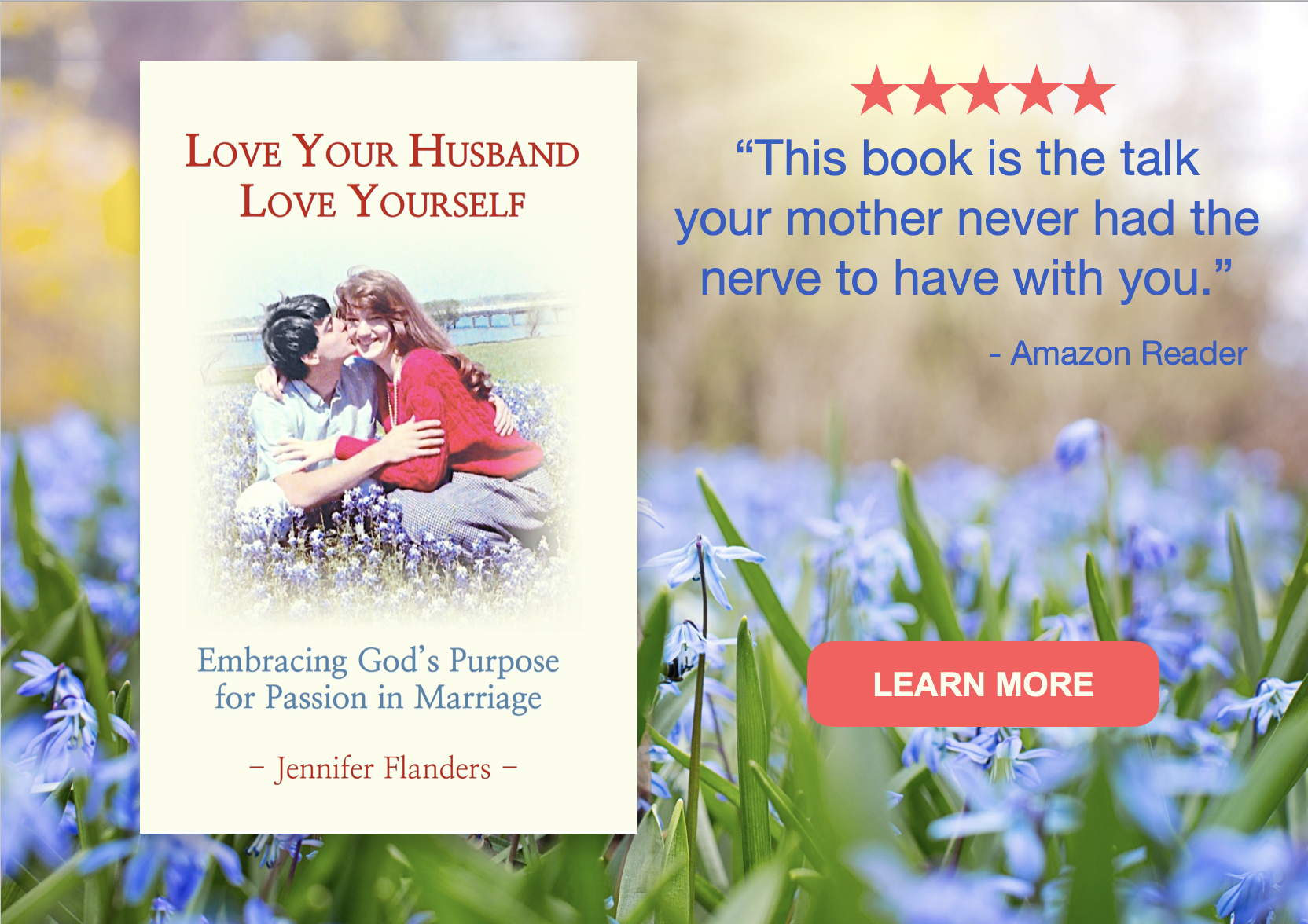